Social commentator and philosopher William Hazlitt once said: “The only vice that cannot be forgiven is hypocrisy. The repentance of a hypocrite is itself hypocrisy.”

Back in 2013 Rochdale Hornets took no end of stick from Oldham fans for our DR partnership with St Helens. In social media - and to our faces - we were called ‘cheats’, ‘St Helens Reserves’, ‘Rochdale Saints’, and told that we’d sacrificed the soul of our club. They were still at it when we beat them in the playoff-final seven months later. Those that stayed to the end, that is. 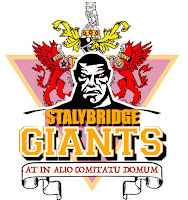 The Roughyeds’ ire peaked in the game at Whitebank - the one where Lee Gaskell was bussed in, forced three or four line-up changes, had a 24 carat shocker and we lost. The tsunami of vitriol was relentless.

Fast forward to 2017 and Oldham find themselves in a DR arrangement with Huddersfield. Oddly their fans are super-keen to learn which Giants players they’ll have access to, to strengthen their championship challenge. Some have even gone as far as hoping that they’ll get Lee Gaskell to bolster their backline. How times change, eh?

In order to avoid unfair accusations of Roughyeds’ hypocrisy, Hornets travel to Bower Fold on Sunday to take on Stalybridge Giants in the Law Cup.

Indeed. what used to be the A627M El Clasico is now the ‘A627M, B6194, A635, A6018 El Clasico - sponsored by AA Routefinder’ - as the Roughyeds remain shacked up with Stalybridge Celtic in that  Far-Eastern, no-man’s land corner of Greater Manchester that can’t really decide if it’s in Cheshire, Derbyshire, West Yorkshire, South Yorkshire or old-skool Lancashire.

Whilst we appreciate that pre-season games are an imprecise indicator of teams’ true potential capability, Oldham have had a bit of an indifferent start: beaten 32-14 in their first pre-season game at Swinton Lions and scored late to salvage a 22-all draw at League 1 Barrow last week having been behind 8-0, 12-10 and 22-16. All five Barrow tries were scored down Oldham’s left channel. Oldham featured four dual-reg players from Huddersfield Giants in last week’s game. 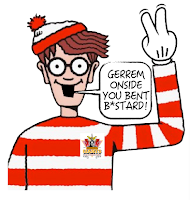 For those in any doubt about the credibility of the Law Cup, Scott Naylor said this week: "The season starts here. This is for real," , while Alan Kilshaw said: “We’ll be taking this one more seriously.”  With both rivals back in the Championship, it’s the precursor to what promises to be an exciting season. Bring it on.

If you’re embarking on the trip on Sunday, directions from the Stalybridge Celtic website are:

Leave the M60 at junction 24 (M67, Denton) At the roundabout join the M67.
Stay on the M67 to the very end, Junction 4.
At the roundabout turn left (exit 1 of 4) onto the A57 (Hyde Road)
After 1/2 a mile you will reach a set of traffic lights (signposted Stalybridge).
Turn left onto B6174 (Stalybridge Road).
Almost immediately, there is a mini roundabout.
Turn left (exit 1 of 5) onto Roe Cross Road (A6018).
Follow this road for 1 3/4 miles passing the Roe Cross Inn on the right and through the cutting (Mottram Road) When you pass the Dog and Partridge on the right, you will be almost there.
Bower Fold is on the left opposite a sharp right turn next to the art gallery.