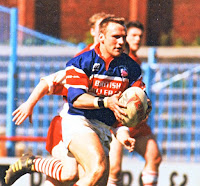 2019's odyssey gets underway with a game against Mayfield. A great opportunity to showcase the fact that Rugby League is alive and kicking in Rochdale. The game will be played for the Steve Gartland Memorial Trophy in tribute to a player and coach who gave both clubs outstanding service and whose absence remains felt in RL circles in the town.

The teams last met in 2016's Challenge Cup Hornets running out 40-14 winners in what might be euphemistically described as a 'feisty' contest.

Three years on - in a new era of entente cordiale - Hornets and Mayfield recently announced a partnership with the aim of not only boosting interest, participation and support for the game in Rochdale, but also providing opportunities for ambitious local players to step-up into the semi-pro-ranks in their home-town (following in the footsteps of Andy Duffy, Steve Prime, Steve Turner, The Hilton Brothers, John O’Donovan, John Stapleton, The Corcoran brothers, Sam Butterworth, Lewis Sheridan - and, of course, Rochdale's very own Jo Taira and Seta Talatoka).

Mayfield ended last season's NCL Premier season in 8th spot with 8 wins from their 22 games - shipping precisely 500 points on the way. They'll begin this year with a trip to Kells in round 1 of the Challenge Cup on the 26th January - a cliff-hanger guaranteed (see what we did there?!). Their NCL Premier season kicks off on Saturday 2nd March with a trip to one of Rugby League's more idiosyncratic arenas - Underbank Rangers.

It's a new Era for Hornets too - new coach Chris Forster assembling a new-look side around a core of players from the last couple of seasons.

We've been keeping a note on signings and - whilst it may not be the definitive list - we have the 2019 squad as:


About The Stephen Gartland Foundation 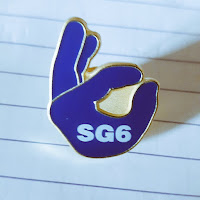 Saturday's game will be played for the Steve Gartland Memorial Trophy - and in support of the Stephen Gartland Foundation.

The Stephen Gartland Foundation was created to support local communities in small ways that make a big difference.

The Foundation’s mission is not only to raise awareness of the importance of mental/physical wellbeing - it also raises funds for local community causes and supports the development of local rugby talent.


For a look at some of the great things that the Stephen Gartland Foundation supports, take at look at their Facebook page by clicking here