Having just about thawed out from Sunday's game, Hornets next friendly of our Championship pre-season campaign will be against a Leigh Centurions U20s side this Friday 17th January. The game will be played at Leigh East, with a 7.30pm Kick Off.

Leigh East ARLFC are based at Leigh Sports Village - the home of spectacular Grand Final victories - on the adjoining complex next to the main stadium.

The Hornets line-up will combine the current trialists playing for a place in the squad, alongside a selection of first team players. Leigh will also play fringe first teamers alongside academy players.

Whilst there is some parking directly outside the Leigh East Clubhouse, this fills up quickly on game days. There is parking available on the Leigh Sports Village site (only a short walk). Parking on Ledgard Avenue is not recommended and parking on the residential spaces of the neighbouring Apartment Blocks is strictly prohibited.


Hornets squad for tonight's game at Leigh is:

And - rather than do that thing where we spend the whole of the first four games pointing vaguely into the distance and asking: "Who's he again?" here's our FREE cut out and keep guide to the new faces in the Hornets squad. So, no excuses... 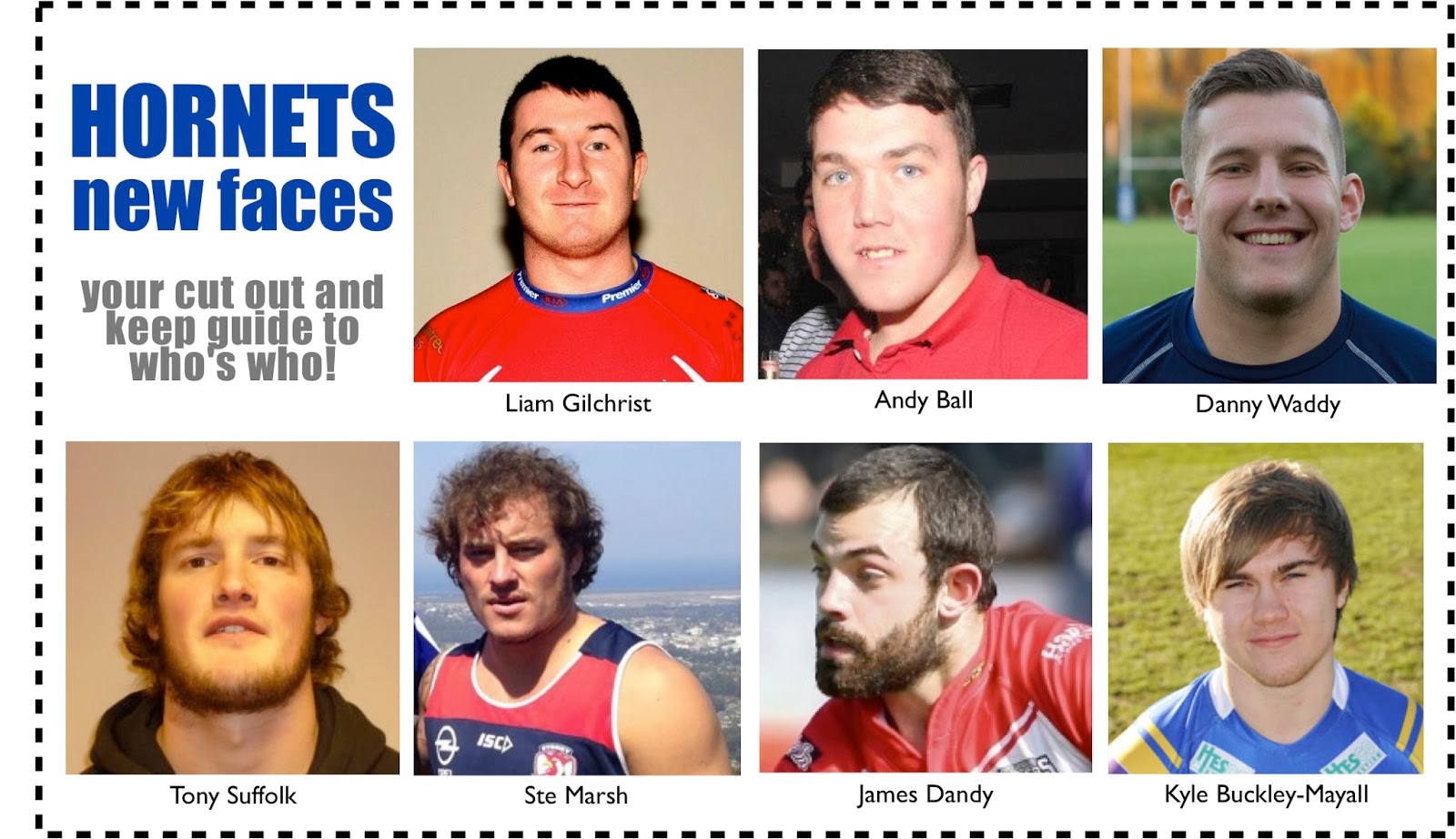